In the winter of 2017-18 Kansas again experienced an irruption (invasion) of Snowy Owls. The map below is a visual representation of where Snowy Owl reports have come from. The counties shaded in green have had credible reports (some with photos, some without and in several cases dead owls recovered by wildlife officials) since November 2017. Counties with a black dot are counties where we have historical records prior to November 2017. You can see by the green shading that several new counties have had Snowy Owl records during this occurrence. The map will be updated a couple of times a week or as needed. 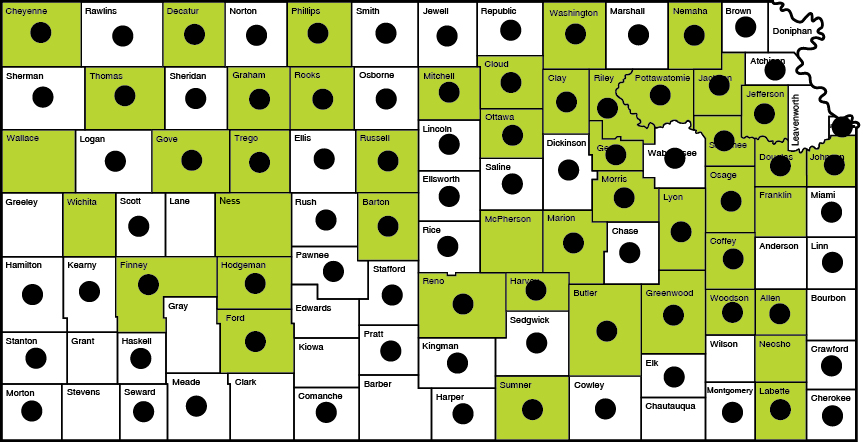